Well, now it’s time for “Before” and “After”. My company captain is finished, all he needs now is a coat of matt varnish before he hits the gaming tables. 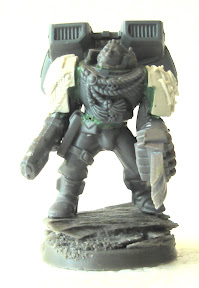 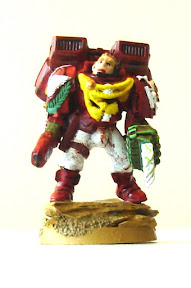 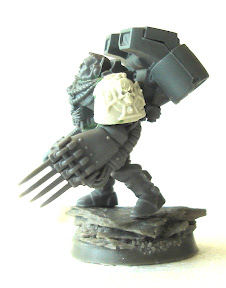 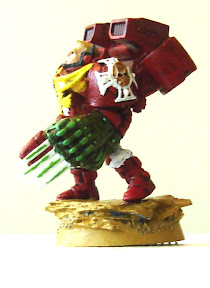 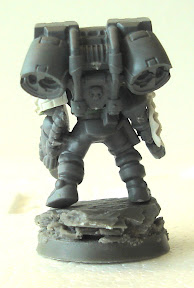 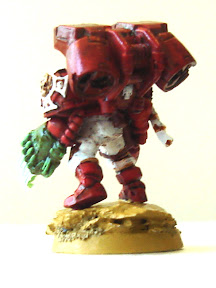 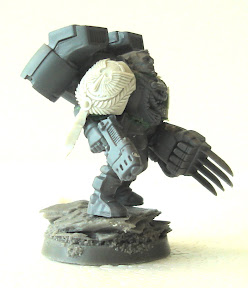 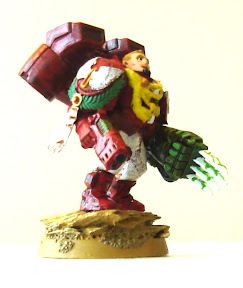 Posted by Parcival at 12:14 No comments:

I finally took the first step and started to work on my Blood Angels 3rd Company. On the following pictures the two primary HQ units, i.e. my Captain and a Chaplain. My 3rd Company is rather scout oriented, so that’s why my Captain is made of scout bits and wears a jump pack as the Blood Angel Chapter is an assault force.
Captain
The Captain has magnetized backpacks so he may either fly or ride in a Rhino tank: 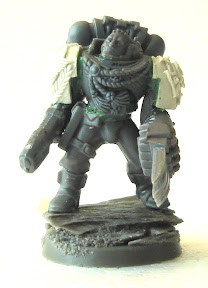 Chaplain
The same goes for the Chaplain (although not pictured) so he can join the Death Company either on foot or in the air: 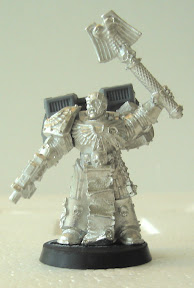 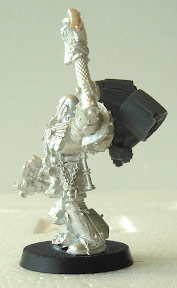 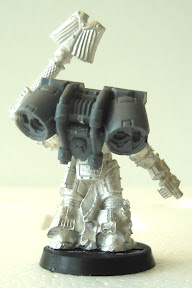 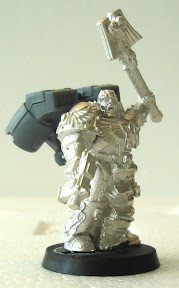 Posted by Parcival at 12:15 No comments: